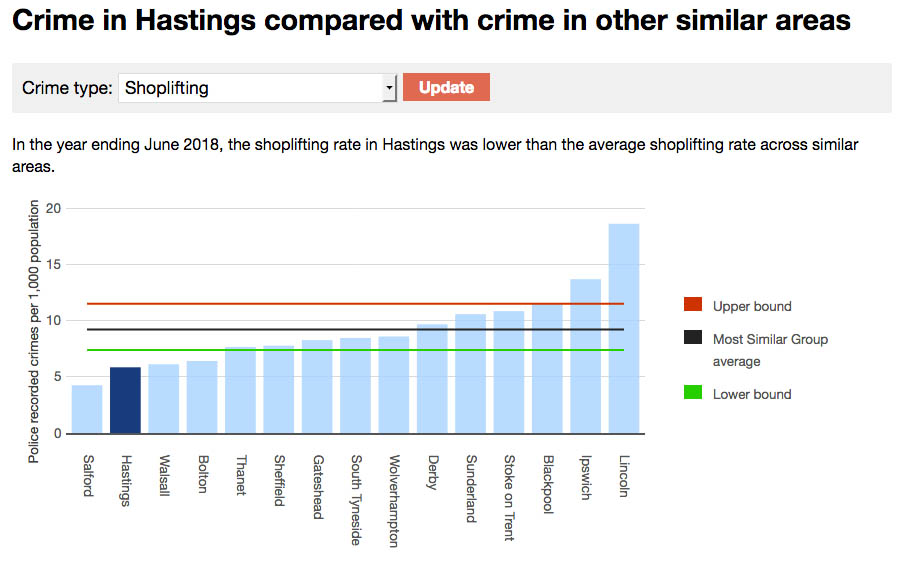 How to interpret this chart

This chart compares the crime rate in your local area to the average crime rate across similar areas. It shows the total number of crimes over a twelve month period per thousand residents, for the crime type selected.