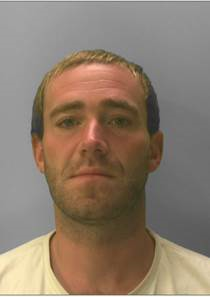 A local man has been convicted and sentenced to 12 months in prison for having a knife in a public place and stealing spirits worth £138 from a supermarket.

Ryan Barrett, 28, of no fixed address, had previously indicated a plea of guilty to being in possession of a knife in a public place, at Bohemia Road, St Leonards, on July 20.

He also pleaded guilty to stealing six bottles of Jack Daniels whisky, worth £138, from Morrisons in Queens Road, Hastings, on July 11.

In addition, he pled guilty to failing to comply with requirements of the sex offenders register, by not signing weekly at a police station.

Following his court appearance he was released on conditional bail but was re-arrested after breaching the terms and being identified and tracked down in Hastings town centre by members of the local business community who are part of the Business Crime Reduction Partnership.